OMC get back on track with fund raising

It’s been a difficult time fund raising for the EAAA during the restrictions but thankfully the OMC chosen charity stands to benefit by several hundreds of pounds due to generous OMC donors and members.

During lockdown we received a donation of some quality motorbike apparel together with some old BSA and Triumph parts from a gentleman at Woburn Sands, some of this has now been sold and raised £350 so far!

Lastly, many regular attendees at OMC will have purchased an ice cream from “Mr Ice Cream Man” James Ford who is there most Thursday’s when the weather is decent and he always donates a percentage of his takings to us for the EAAA and since re-opening he has donated £150.

So all in all, not a bad re-start to our fund raising! 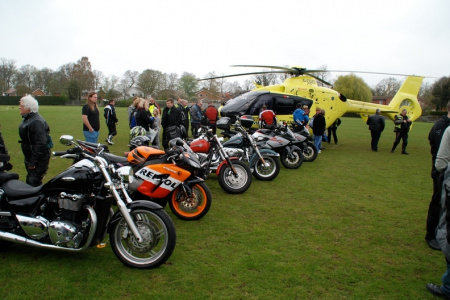 The latest in the dealer themed nights with Flitwick motorcycles hosting this evening event.

Usually our busiest night of the year and back by popular demand is our American Theme Night. Cars, bikes, hot rods galore with a lot to see plus live band entertainment.  More details TBC

TWO WHEELS ARE BETTER THAN FOUR

No topics.
This site uses cookies to improve your experience.Accept